“I was lost, I didn’t know where to turn”: Larry’s Story of Addiction and Recovery 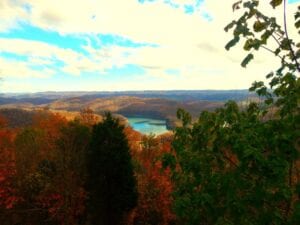 Larry was born and raised in Claiborne County in East Tennessee. He came from a loving Christian family, but his life changed forever when his father passed away when he was 11 years old. After the loss of his father, he began to resent God and with that resentment came a deep void. He started drinking alcohol to fill that void. When Larry was 14, he suffered a knee injury while playing softball. Larry was prescribed hydrocodone for his knee injury. From that first pill, he was hooked. “Drugs made me feel a part of [something], rather than apart from,” Larry said. Soon, one pill no longer sufficed. Larry needed more. He began taking two hydrocodone at a time and manipulated doctors to get more pills. This went on for 10 years.

At the age of 24, his doctors stopped prescribing opioid medication and placed Larry in a pain clinic. He spent the next few years of his life in and out of pain clinics. All the while, he was still coping with his father’s death and losing the relationships he had built with his wife and children. He felt insecure and victimized, blaming those around him and society for his troubles. He was becoming increasingly isolated.

At 31, Larry started using IV drugs because he realized they worked a lot faster than the pills. “I knew it was killing me, but I just couldn’t stop.” While using drugs, Larry became involved with the criminal justice system. Upon leaving jail for the final time, Larry was given the opportunity to enter a halfway house in Knoxville, TN. He lived in the house a total of 30 days before returning to use and being kicked out. This happened three more times.

The last time Larry returned to use was after 11 months of sobriety. Although he returned to use, during those 11 months he learned a new way of living and was determined to be sober. Larry entered the halfway house one final time. He re-committed himself to Christ and prayed for the wisdom and strength to carry on a sober lifestyle. Larry found that relying on Christ was a powerful way to remain committed to recovery. Larry, now age 41, has been on a successful road of recovery for 3 years, after 24 years of struggling with addiction.

Despite his success in maintaining sobriety, it hasn’t always been easy for Larry. Like many people coping with substance use disorders, Larry has struggled with deep feelings of guilt and shame. “I knew I had people around me that really cared about me but I just got to a place where I didn’t care that they did,” he said. “I began to convince myself that I wasn’t hurting anybody but me and once the realization set in that I was killing everybody around me, too, the guilt and shame was unbearable.” Although opioid use damaged relationships with loved ones, Larry has been able to repair those relationships through recovery. “The people I have done wrong, our relationships have been restored to a better quality than before. A better quality than I could’ve asked for.”

Along with his dedication to Christ, Larry identified his role as a small business owner as an important factor in his successful recovery. He now owns and operates a flooring and tile business and sees his business as a means to help other individuals who suffer from substance use disorders. Larry’s team consists of 4 employees, all of which are men who are currently in the recovery process. “If it be God’s will, I’d like to have my own flooring store with installation crews and all of my employees would be people who are in recovery. You know, somebody helped me, I was lost, I didn’t know where to turn and it’d be a blessing to be able to do that for another man.”

When asked what he wished more people knew about opioid use disorder, Larry responded by urging individuals to consider the social and psychological effects of opioid use disorder, “The most important thing would be that, in my experience, society itself, if they only understood the effects of it on our minds and our bodies, maybe they wouldn’t condemn it so much.” When asked about advice for other people struggling with substance use disorders, Larry emphasized the role of faith and giving back. “Because without Him, there is no recovery,” he said. “You just have to believe in something. Ultimately, that’s been what I’ve done. And helping other people, that restores that feeling of usefulness that we’re missing. That’s where the freedom comes from.”